The Benefits of Signing

Many people are sceptical about baby signing; however, we feel the following statistics speak for themselves:

At 24 months signing babies were found to talk on average more like 27- or 28-month-olds, this represents more than a three-month advantage over the non-signing babies.

In addition, the 24-month-old signing babieswere putting together significantly longersentences.

At 36 months the signing babies on average were talking like 47-month-olds putting them almost a full year ahead of their average age-mates.

By the age of eight children who had learned to sign as babies had an average IQ of 114 compared to an IQ of 102 for those that didn’t.

Children that sign have the ability to communicate better with additional needs children.

Many experts suggest this stimulates brain development and enhances the building of brain circuitry. 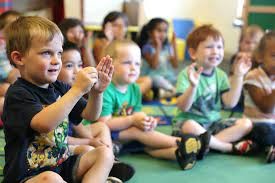